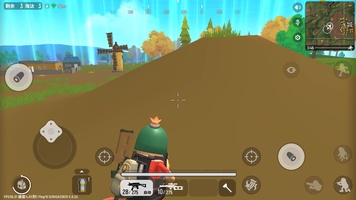 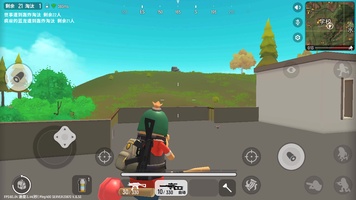 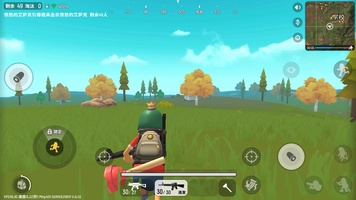 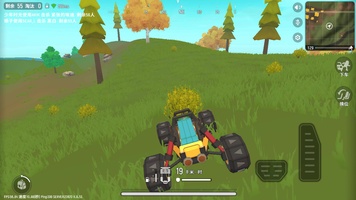 Advertisement
Sausage Man is a battle royale game, stylized to the likenings of PUBG and Fortnite. The only difference? Well, rather than embodying humans, this time you're in control of a ... sausage. Yes. You read that right. Rather than controlling human characters; here, players take on the life of wieners. That said, they're not your average sausages. These hot dogs can run, jump, drive cars, and shoot.

Control systems in Sausage Man are complex. Not unlike any other kind of battle royale style game. Thankfully, they're also well-adapted to touchscreens. Towards your left, you'll find a movement crosspad and access to your stock of items. Whist on your right, you'll find buttons designed to help you crouch, jump, pick up cars, open doors, point, recharge and of course: shoot.

In Sausage Man there are a variety of different vehicles available -- as is to be expected from a battle royale game. That said, if you're playing in team mode; one player shoots while the other drives. To boot, Sausage Man provides you with an ample selection of weaponry to chose from, among which you'll find: pistols, machine guns, sniper rifles, shotguns, etc.. Plus, most of these weapons are taken directly from PUBG.

Sausage Man is an excellent battle royale title for Android. Its gaming experience is clearly similar to the great Playersunknown Battlegrounds Exhilarating, but --like we said earlier-- this time you're a sausage. All in all, we're looking at an off-the-walls game with the potential to provide you with hours and hours of good, clean fun.
By Andrés López
The best Battle Royale games available on Android

There's no doubt that Battle Royale was the most popular genre of 2018, following the record-breaking success of Fortnite and on a slightly smaller scale, its predecessor, PUBG Mobile. Like what usually happens in the Android ecosystem, any formula for success is quickly copied over and over again. This case is no exception, with an enormous selection of similar games that have been coming out of the woodwork for a long time now. To put a little bit of this chaos into order, we've created a list of the most successful Battle Royale games on Android in 2019.
See more

Try these 10 Android games that haven't yet reached the west

Although developers may put regional restrictions on their apps, Android actually allows us to install apps via APK without any geographic restrictions. This means it's possible to access titles that aren't available in certain countries with the only hurdle being the language. That said, many of these games have a concept that's simple and intuitive enough to understand, and can still be enjoyed in these situations. Here we have a selection of ten free Android games that are popular in Asia but still haven't made their way west yet.
See more

Recently Bluehole studio, the developer behind Playerunknown's Battlegrounds, announced that they are taking legal action against many of the clones of their hit title. If they are truly the pioneers of the Battle Royale genre, nowadays they face stiff competition from the likes of Epic Games' Fortnite, as well as other developers like NetEase, whose games are the target of the lawsuit. Here are some of the most successful PUBG clones on Android... enjoy them while you still can.
See more

People this game is only from Asia, it is not Global there will not be an English or Spanish version